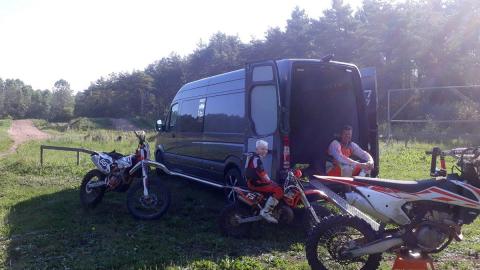 Antti Laine, who has organized enduro tours and trainings in Saaremaa for his Finnish compatriots since 2006 is absolutely raving about the enduro and recreational facilities of Estonia's largest island.

The Finn who has earned the nickname the Lord of the Island is keen to introduce this enduro paradise and Estonian I,biza to all the top riders of the world this July.

The light-headed and jovial Antti divides his life between Lahti, Finland and Saaremaa. The distance between his two homes is 400 km or about 9 hours driving time (including two ferries). Involved in the real estate business, he lives half of the time in Finland, but the other half of the year he spends in the forests of Saaremaa, which are very different from the rock and clay covered tracks in Finland. For Antti, Saaremaa is a true paradise for an enduro rider.

The Finn took up enduro quite late, when he was 35. As a kid, he used to be a cross country skier (another popular sport in Finland) – Antti became almost a professional athlete, making it to the preparatory level of the youth national team.

Antti's first enduro bike was a KTM 300. He started as a hobby rider, participating in first competitions only last year. Since he took up enduro, Antti has also been supporting several young riders like Roni Nikander, Emil Helander and Antti Hänninen. The latter will focus on international competitions and the Finnish Championships in the 2020 season. At the moment Antti is backing Team Everlast Welds which consists of youngsters 10-17 years old. He himself competes also in the team's colours.

The Finn's first enterprise in Saaremaa was the night club Diva, which he founded in 2003. The club hosts „the best parties in Kuressaare“ to this day – the official afterparty Enduro GP Estonia will also take place in Diva on the 19 th of July.

Like many of his compatriots, Antti established his second home in Saaremaa in 2006 and starting from then he has also been organizing enduro tours to the island for Finns.

„The enduro tracks in Saaremaa are sandy, a joy to ride and they are, on average, clearly faster than Finnish tracks,“ Antti describes the riding possibilities of the island rich with pine and juniper forests. The fact that the weather here is much warmer and softer than with Estonia's northern neighbors also cannot be overlooked.

„There are almost no rocks or clay soil in Saaremaa,“ Antti adds. „A traditional Finnish enduro is much slower and more technical „suffering“ than it will be on the tracks of Saaremaa.“ According to him, the fast tracks of Saaremaa are more characteristic of Central Europe and hopefully the Enduro GP riders will also enjoy them. 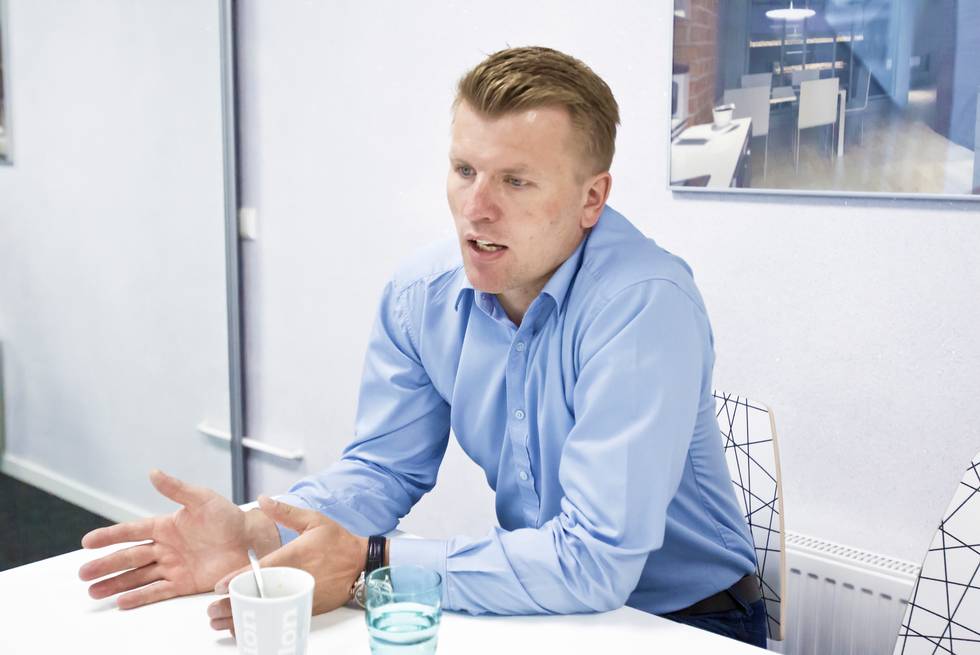 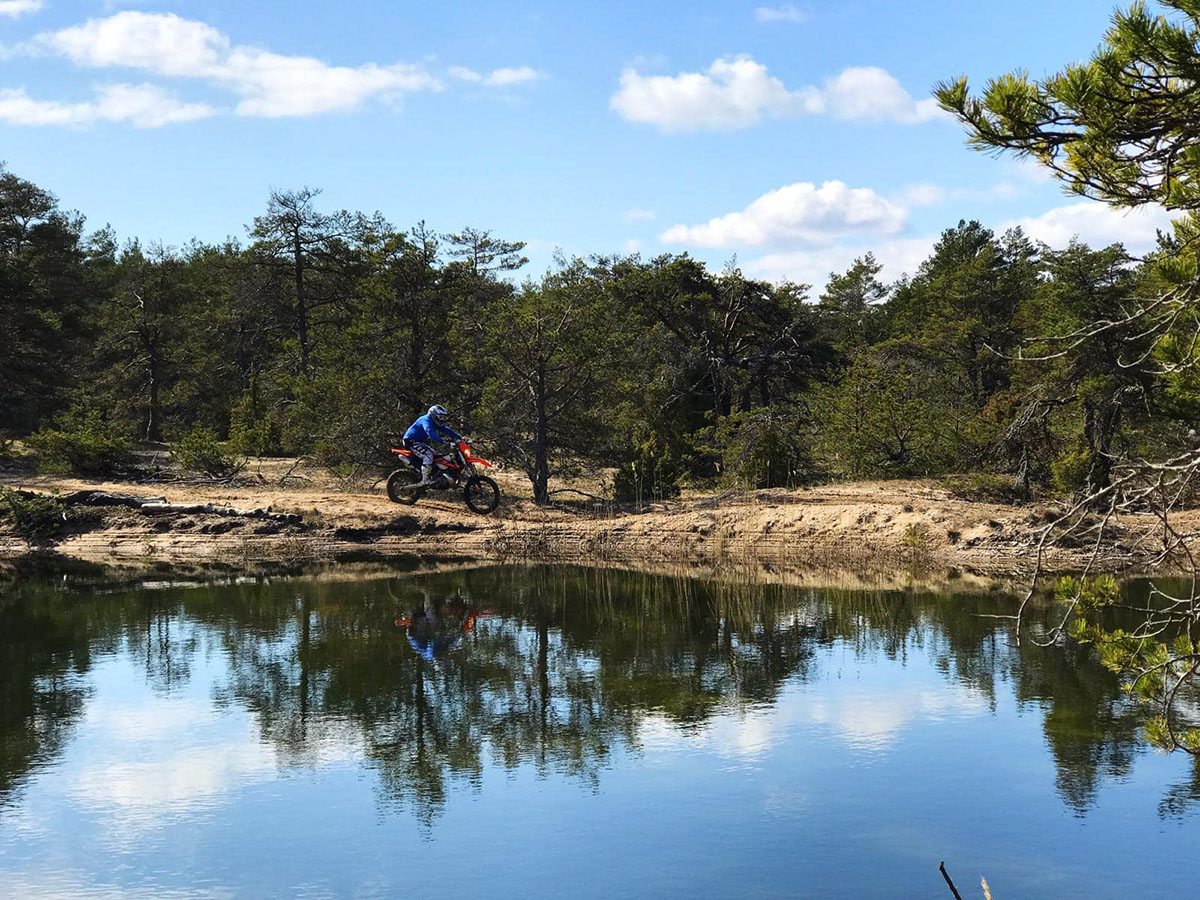 It might seem strange that the course of the GP that takes place in Estonia, where there is no lack of experienced riders, is designed by a Finnish person. This is easily explained by the fact that Antti has been studying the trails of Saaremaa first hand for more than ten years. He kept himself posted with the activities of Veiko Biene, the main organizer of Enduro GP Estonia, and his club RedMoto already when they organized the first Estonian GP in Tallinn two years ago. Since summer 2019 Veiko and Antti have been discussing the organization of the Saaremaa event together.

„I hope that the enduro community will find the island of Saaremaa idyllic in July and that they wil see how cordial the people here are.“ It is a popular saying in Estonia that when you travel to Saaremaa all your worries will be left on the mainland and Antti hopes that this will also come true for the participants of Enduro GP Estonia.

Also, the possibility to organize the competition right in the town center, where the Super Test and paddock are located next to the ancient fortress and the beach, and the podium and parc ferme in the center of Kuressaare should definitely impress participants and spectators. Not to mention the busy night life of Kuressaare and the exciting side events. To Antti, Saaremaa is a true Estonian Ibiza!

On top of deigning the course for the Enduro GP Estonia, Antti will also organize a special trip to the event for the Finnish fans. The Finns will travel to Saaremaa by touring buses and under the guidance of the Enduro European Champion Roni Nikander they will be able to cheer to the accomplishments of the top riders.

You can keep in touch with the activities of the „Lord of the Island“ Antti Laine on the homepage of SaarenEnduro.fi and on Facebook 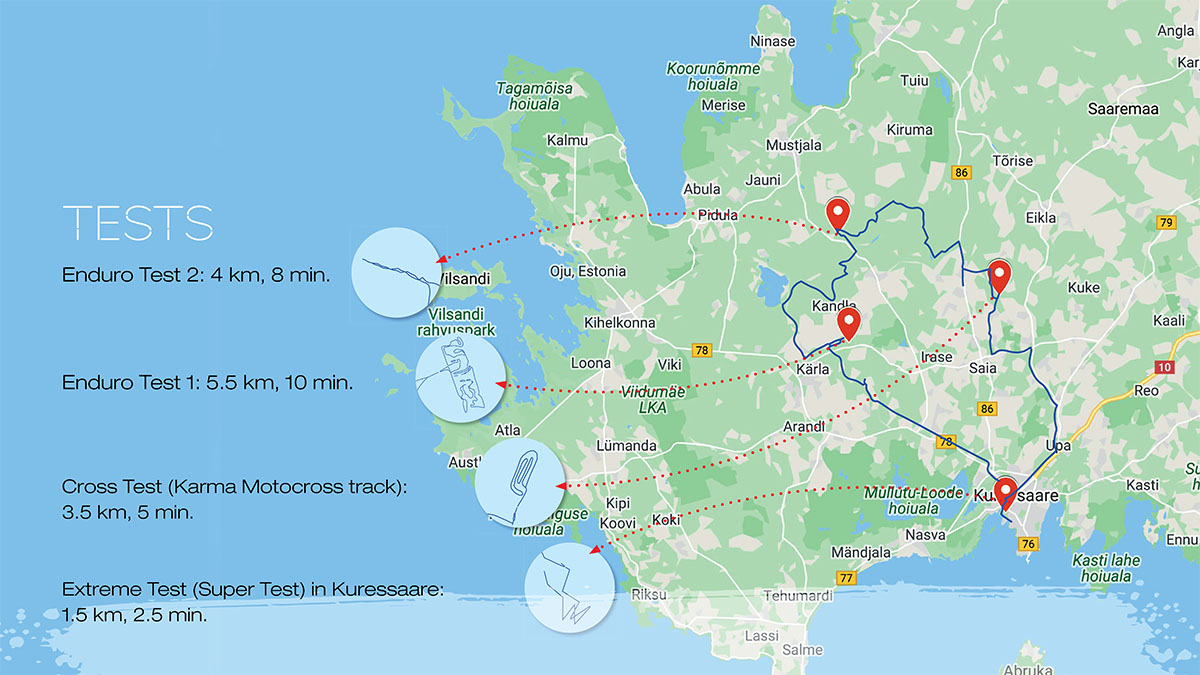